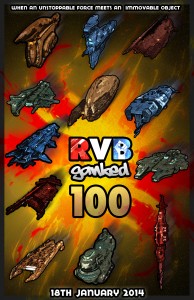 Ganked 100 was a few weeks ago, and since then I have been to the CSM 8 Winter Summit in Iceland, and had the Ganked 100 write up to do. However I finally got all of that out of the way and so I have had some time to commit to the prizes – its what you can came for right? Not the hours upon hours of pure combat.

Given that my lossmail did not appear I had to do some alterations on the prizes – some got removed, criteria for others got changed. However I have still managed to award over 40 billion isk in prizes between the donations made by many of you & the support of Somerblink. If you disagree with a certain award, suck it up.  Those who have won Blink sponsored prizes, will receive those in the coming days, everyone else should have either had their prize or are yet to accept it off contracts.

To take a look at the prize winners, check out this spreadsheet.  It has two tabs, one for the Blink prizes, and the other for the donated prizes. Keen observers will note that three are marked TBA, those results are coming they are just taking a little more time than I am willing to spend right now. Looking at killboards is making my eyes bleed.

Thanks again to everyone who donated prizes, to everyone who helped in the planning of Ganked 100 and of course to all of you who came along and made it such a great event.

Ganked 100 was publicly announced yesterday, and keen readers will have noticed that there will be prizes for taking part in this event – with everyone who shows up on kills in the target system having the opportunity to win.  However, I cannot possibly fund all this on my own, so I am looking for people & organisations willing to donate prizes to the cause.  All individuals & groups who do donate will get full recognition in this post, in my eveo thread and in any further publicity we undertake between now & the day of Ganked 100.

What do we have so far?

1 Billion ISK – RvB Member on Most Kills – Donated by RvB

1 Rattlesnake – Logistics pilot whoring the most killmails – Donated by RvB

1 Orca – Most Kills in a Mining Barge, Exhumer or Venture – Donated by Dekiranu

For all pilots taking part:

On Most Kills in the event with a sub battleship: Dread of Pilots Choice
Final Blow on the carrier of Mangala Solaris by a none capital ship: Raven Navy Issue
Highest Damage on Mangala Solaris carrier by a none capital ship: 1 Plex
On most kills using a frigate: All Pirate & Navy Faction Frigates
On most Capital kills using a subcapital in system from start time to Mangala’s capital dieing + 60 minutes: Carrier of Pilots Choice
Spot Prizes awarded for saying a particular keyword in local: 2 of each Pirate & Navy Faction Cruiser – it will be 1 ship per winner based on RNG magic using my local logs. keyword to be announced on the day.
Most Pods killed with a destroyer or smaller: Nefantar Thrasher x2

For those attending as part of the Ganked fleet:

1 Stratios – T1 frig that has the highest damage on the first enemy (non-ganked) capital ship of the night. – Donated by Magenta Blue

Pilots in the Ganked Fleet are as eligible for all prizes not just those specifically for them.

How can I donate?

Simply contract ships or send isk donations directly to Mangala Solaris. Please also send me a mail to tell me that you have done this, as well as set out any criteria you may have for a prize.

In around 5 weeks, Ganked 100: When an Unstoppable Force meets an  Immovable Object will take place. And if you do not know what it is by now, then get out from under that rock! Anyway, I realised that we need to advertise this heavily over the next few weeks and so I require some artwork, and really do not want to invade Europe to get it.

Therefore if you have skills then please please put them to good use and make me some art. I am after forum signatures, killboard banners, poster style advertising and such like.  Has to feature:

I even have a little ISK to throw at my chosen artists for this, around a billion isk total.  So please if you do fancy spinning up MS Paint or whatever do so, and post links into the comments here.

Ganked 100, the event when Ganked says “Come at us Bro” to the rest of eve, is coming up in January. Yes, 2 months from TODAY.

As many of the pilots willing to sacrifice capital ships on our altar of fun are new to utilising them, we have begun testing how to use capitals on SISI, including combat refitting, cap chaining and so on.  If you intend to fly a capital alongside us for Ganked 100, then we ask that you attend as many of these sessions as you can.

Why do we want this?

While Ganked at its core is primarily a whelp fleet, it is nice to survive long enough to get on some killmails, especially when in caps yes?

When are these sessions then?

Update: From 4th December we will be running practices on the following days –

What about sub-cap pilots can we help?

Hell yes!  There is a lot of testing related to you guys that we can do, so the more of you who attend the better it is for us all.

How do I get onto SISI then?

For information on how to connect to SISI, check this EVElopedia article out.

Attentive Ganked folks will have noticed a small mention about Ganked 100 on the Autumn/Winter schedule and started wondering, this post is mostly for you guys; However, the rest of you should read along as well, as this may interest you.

Long story short is that in working on the schedule for the next few months I realised we would reach Ganked 100 in January 2014 – the 18th to be precise – and it got me thinking about making it something special.  And somehow I decided it would feature capital ships – preferably carriers & dreadnaughts.  Initially Ganked 100 was to be a roam, although I – and others (thanks Daneel!) – soon pooh-poohed that as it is A LOT of organisation, even for someone as anal as me. After a wee chat with Daneel – who also made a handy post on the idea over on Failheap – it is now going to be similar to the Flight of a Thousand Rifters event that we crashed back in May – see my write up of Ganked 67 – but instead of a solo Supercarrier taking part, it will hopefully be large number of carriers & dreadnaughts undocking in some random low-sec system (incursion locked or not…) and inviting the world to “COME AT US BRO”, while other Ganked attendee’s attempt to stop them/whore the capitals/shoot blinkies etc.

Which is were YOU guys come in.

If you would be willing to take part in this, then say so in the comments along with what you are or could be capable of fielding as far as Capital Ships are concerned. If you have ideas on the subject, wish to maybe help out with logistics nearer the time, basically anything related to this event, say so in the comments. Any pertinent ideas that do appear from comments, will be added in to this post.

I know I am over 4 months early for this, but an event with the potential that this has to escalate beyond our wildest dreams/nightmares demands it don’t you think?