A few weeks ago, RvB found itself needing to declare war on a small corp local to our bases in The Forge;  This corp was called Rock Huggers Inc & depending on who you ask, they had either been flipping cans in RvB fights, causing the less aware members of RvB to become flashy to them or they had been “innocently” leaving cans of ammo around, and merely defending themselves when RvB pilots “borrowed” that ammo. Either way, Command deemed them a nuisance – all 8 of them – and war was declared.

Given it was a cheap war against RvB, several other parties a long the way allied themselves with Rock Huggers Inc and lots of explosions – on both sides of the fence – occurred.  Eventually the combat wound down till only one of the enemies allies continued to fight, and only against Blue with whom they now have a mutual war, while the remaining allies finished their period of support and went on their way.

And then roughly at the start of last week, Rock Huggers formed an alliance, which inherited the now mutual wars with RvB.

For a few days we did not think anything of it until they started advertising free mutual wars against us.

It was at this point when the fun began.  Following a short, sweaty & hot period of action in the form of the original war declarations, it seems RvB became a carrier – if not the Patient Zero – of the internet spaceships version of an STD.

Basically, should you hop into bed with Purple Legion or The Marmite Collective you will become embroiled in a mutual war started by RvB –  wars which we freely admit to starting, for various reasons stemming back to the original war with Rock Huggers Inc.  However, once you get out of bed with those entities, instead of leaving the war behind, you take a fresh case with you. No matter how much protection you use. Then when you meet a new alliance, go to dinner, maybe dancing and then back to their place for “coffee”, you give them a dose too, all the while continuing to play host to your own infection. And each time the alliances have new corporations back to theirs, they too leave with a new case of Aggressive RvB Mutual War Syndrome.  Ad infinitum.  Indeed, Rock Huggers Inc used the executor corp of Purple Legion to pass a solid dose of this syndrome on to Dec Shield, who are now spreading it to every corp that passes through their doors.

The following is the list of current wars caused by various entities bed hopping:

None Mutual
(Should have gone mutual when these entities left various alliances, but did not, despite leaving after the mutual wars had gone live. Yet another bug?)

As you can see, all the above have happened in a little over a week, think of what this could look like in another week, or a month, should this keep spreading like it does. Could we be looking at the eventual doom of peace in high security space, or will a vaccine be forthcoming?

Now here is the crux of the matter, is this a bug as the folks at Dec Shield claim or is it a mechanic working as intended with the usual lack of documentation? Answer’s on a postcard please. And if you do send one, wash your hands first.

So kids, protection does not always save you does it. Still, remember 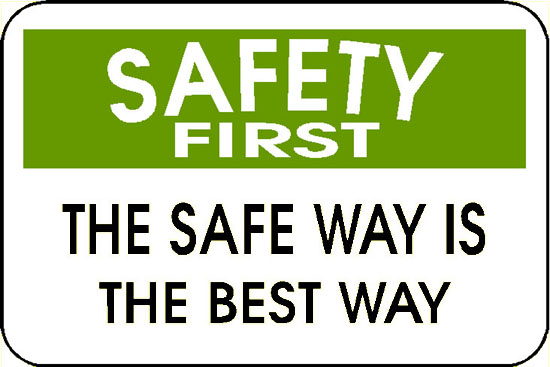 EDIT: This is not me – or RvB – complaining about the wars, as we like to fight given it is the RvB raison d’etre, but merely me wondering exactly what is going on with mutual war declarations right now.

Red & Blue are such a friendly bunch, that at the request of CCP Punkturis – and various others folks including CSM member Seleene – we dropped the war against each other for 24 hours.  This was done to rectify the War Report statistics and to allow Red’s to declare war on Blue, allowing Punkturis OCD to be sated.

However, this did leave thousands of pilots at a loose end. And you never want an army of blood thirsty killers just hanging around, their minds will soon wander to women and plunder.

As a consequence of this, I decided I would take some of them out on an impromptu Ganked, and so Ganked: War, What is it good for? took place on Tuesday 5th June, with a goodly number of drunk British pilots showing up, since they were all off work due to continuing celebrations for the Diamond Jubilee. I settled on frigs and cruisers as the theme for the day, with Reisen being the jump off point for everyone, handy for RvB space as well so more people would be able to die along side me.

Since it was yet another bank holiday in the UK, we formed up not long after down time and rolled out.  We meandered through Etherium Reach and the Kalevala Expanse seeing very little in the way of targets – obviously not many Brits live in the drone lands – although we did get a couple of Black Legion kills along the way. And then all of a sudden we were in Geminate, home of the wonderful Brick Squad. However except a few small scuffles we really did not get a fight out of them, although we did kill former Ganked attendee Bei Artjay a couple of times – apparently causing him to rage a little as he is trying to avoid awful losses to gain a place in Brick’s AT team this year – as well as the usual fail bombers, and some ROL pilots that tried to take us on. All that action made me hungry so we took a break, a well deserved one as I was feeling the beer already!

About 90 minutes later we reformed and picked up even more numbers – lots of Euro pilots getting home by the time we rolled again – and after a couple of jumps into low-sec, we came across a Brosef’s gang of Cynabals, Scimitars and some random hulls. Apparently they had formed up to chase another smaller, purple RvB gang led by Tiaggo, which had merged into the Ganked blob…  Thing’s did not go very well for the Brosef’s gang at all. They went blinky on a fleet member’s tier 3 BC hull, did not seem to get reps from their own scimitars, and had a fleet member in a Munnin whoring all their mails as they died.  Was a pretty fun fight to say that as ever were disorganised and lackadaisical as low-sec is normally quiet.

We continued on and scouts reported a gang in PX- in Etherium Reach, so we piled on in, caught what we could and killed things.  Was fun to fight people even more bad than we are, just sucks that we caught so few, when there was many more on the gate (even my bubble did not help).  They even got reinforcements, but they never jumped in, so we moved onwards until we got word of a Tier 3 gang in 74- and after a while they ended up right on a gate so we jumped in and had a bloody good fight with them, got a few kills, lost a few dudes and then held the field. It was after this that we had word of a large SOLAR gang nearby, which by the time we had solid info had jumped in and out and in and out, but never once tried to find us. So we turned around popped back to high-sec – rolling over another Fidelas gang as we did so – as we needed to reship our losses, and get more beers.

The night gets a bit blurry for me at this stage, I know there was other kills in low-sec including one of a 3rd party war target who was just dumb and some EWOKS as well; and I do know that there was lots of drunk talk about using bait navy megas to get fights, however I know we ended up in the north being killed by NCDOT in one of their usual displays of teen angst and pubescent rage.

All in all it was a great day, lots of new faces came along with us and really got into the spirit of Ganked. Nearly 80 kills totalling nearly 7billion ISK and lots of wrecks left behind us. SUCCESS.

And as it turned out, Blue redecced Red, and Punkturis OCD will just have to deal.

And luckily, Ranek Auscent was on hand to record it – when he remembered to hit record:

Turns out, Dece Goo’ba from RvB also made a recording: