Yes I am a couple of weeks late writing about Ganked 17: Pedro, but in between real life, other EVE attractions and generally being very very wound up about the overwhelming need to win that encourages the use of logi’s against my welp fleets, I found myself unable to stay hard while writing this.  However, I got my second wind – or found some viagra, who knows? – and decided to have another go at bashing this one out.

We formed up Vaajaita, and that system made us go all vertical and it was a glorious sight to see, a DONGA of epic proportions, John Holmes would be proud to fly along side us I am sure.

Anyway, my plan for the evening was trawl through Vale and Geminate and see what we could see/kill/apply dong spray too and all said and done it was a brilliant night, we came, we saw, we splurged all over nullsec. 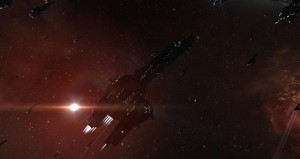 As ever, Vale was pretty quiet, with only a brief tumble with Evoke to mark our passage through that region, and the matter of reinforcing a small pos while it’s owner sat inside in his Tengu with an unpiloted Charon sat at the side of him. 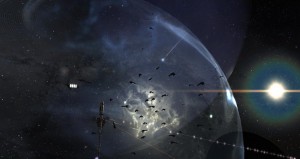 So I rolled us into Geminate, with the intention to go find these terrible former war targets of RVB’s, a small alliance named PINKED, and piss all over their cornflakes/stations.  We were in luck!

They had a pretty terrible camp set-up with some assistance from the fallen from grace Ushra’Khan, which we jumped into and proceeded to throw around the room like a cheap $2 whore. 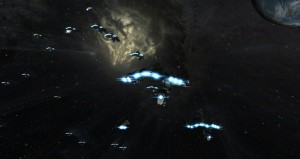 We then meandered around a little until we got word of a Nulli Secunda gang that was pewing on the otherside of Geminate and well we just wanted to go and flash them! We head to their location, and just as I call a jump in, I get distracted by :fuckknows: and go warping to the other side of the system.  Luckily fleet jumps back out, however a mysterious voice (and I know it was not any of the usual folks who speak up on these nights) gets them to sit on the gate at 0…

Eventually local spikes and suddenly Zealots and Lokis and surprise surprise, 18 bloody guardians, the chastity belt of killmails :( Just about the entire fleet welped and all we managed to kill was 1 lousy Zealot, who was a disconnect anyway.  I was much annoyed, I hate being teased like that.

And that was that.  A dishonourable death to a gang that had been having a stellar night anyway, and in my opinion did not need to bring the logis to beat us, after all I am a bloody terrible FC.