We are not merely numbers in a register somewhere, we are free men, and last night we proved this in the best of ways during the setup time for Ganked 18: As I would not be a Slave.

As ever we had started forming up way before the kick off, when a couple of the blinkies meeting us in Kheram mentioned very casually that they had 15 dreadnaughts on scan. So being pretty much ready to go myself, I moved the earliest arrivals to the gate, and waited on Thecla to get us eyes and a warp in.  Which he did.

Suddenly we spiked Kheram local by 90 guys and warped straight to the caps, who had just begun cyno-ing out after reinforcing a POS. Luckily, there was still a couple on field, so I called for points and we started agressing. Initially a few of us hit a Phoenix, but this being lowsec I changed my mind and focused us all onto a blinky Revelation. The remaining caps bailed before we could point them.  To our surprise, the sub-cap support for this Revelation warped back in, and so we kept it tackled and proceeded to demonstrate Minmatar supremacy all over their boats.

The Revelation took this moment to go into siege so we quickly dispatched his would be rescuers and got right back to killing him, knowing that there was a chance that on exiting siege mode he would cyno out. Luckily we got him before that!

10 minutes, and a few billion isk in kills with minimal losses – and 1 very debatable loss when a Red Fed member opened up on a Blue Rep member.  Lots of bitterness there, given they were BOTH IN THE SAME FLEET!

Ash Veratis did a vidya:

As did Sheral Udan:

Following a brief period in which we reshipped our losses and in a few cases waited out the GCC for the initial pew pew on the Phoenix, we headed off towards Providence to show the Amarrian loyalists there our new found freedom, and to spam every local with the Revelation mail as proof of our intent.  The dreadnaught loss may have scared them off. We killed an Onyx while its mates warped to our in-gate AFTER we had left it, nuked a bunch of bombers that repeatedly kept trying – and pretty much failing – to bomb our brave band, until I decided we would leave Providence as the Amarrian Pig-Dogs just really did not have a will to fight.

So much for Amarr Victor.

After a quick run to Agil and a short break we moved into Querious (not Queerious or any other bastard way of pronouncing it, I am right, you are all wrong) which AGAIN was too damn quiet.  As an aside, we did discover that Owen Wilson plays EVE in the guise of our very own CAPTAIN HURRDURR. 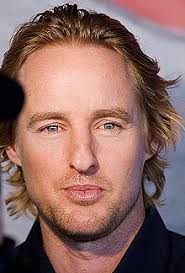 So we went to Delve chatted with some locals and then found SNIGG in D-W7F0 and we do like to shoot them. However they had other plans – which included giving us a Nem3sis POS password, which worked until they changed it, but we did smash a drake that left the shields – and eventually we tackled the Nem3sis gang as they tried camping a SNIGG staging POS, SNIGG proceeded to Tier 3 them to death while we applied a silly amount of damage from our little frigates.  Apparently RVB does this as a contract thing:

First I heard of it. I was under the impression we did this because we prefer people who will fight to people who just will not unless they have overwhelming odds or 2 logistics per combat ship (At least it isnt falcon alts).

And that gentlemen was the end of the night. We started with 120, ended with 50 loyalists roaming around and making merry on comms – except this one time when I kinda yelled at that and said the “c-word” a few times… We smashed over 90 ships and caused nearly 10 BILLION isk in damage along the way as well. Great Success!

Geddonz vidya of the whole night:

[Editor’s note: Penis Night write up to follow as I still cannot put that into words really without going off on a rant about logistics]