“Once more unto the breach, dear friends, once more;
Or close the wall up with our English dead.
In peace there’s nothing so becomes a man
As modest stillness and humility;
But when the blast of war blows in our ears,
Then imitate the action of the tiger”

Saturday 19th May was the 26th Ganked roam, and was also guest FC’d by Azual Skoll, the author of the eve altruist blog and ex director of Agony Unleashed.  For the nights theme  Azual had chosen the lowly breacher as our vessel of choice.

After getting some emergency supplies of breachers freightered to Rens, we formed up and moved out pretty much on time – obviously Azual learned this from his time in Agony as I am sure on my nights we never leave on time! It turned out, that our destination for the evening was to be Providence.  Before we had even jumped in to nullsec, we came across (yet another) smartbomb fit battleship that tried to take out brave band of pilots down, we are so used to them trying this, that we know to kill them from range.  So we did. 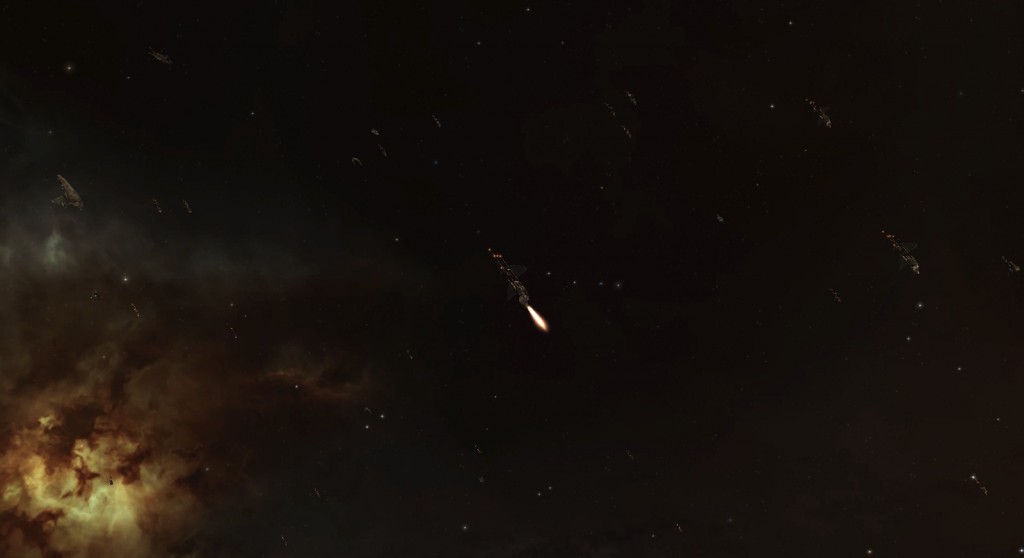 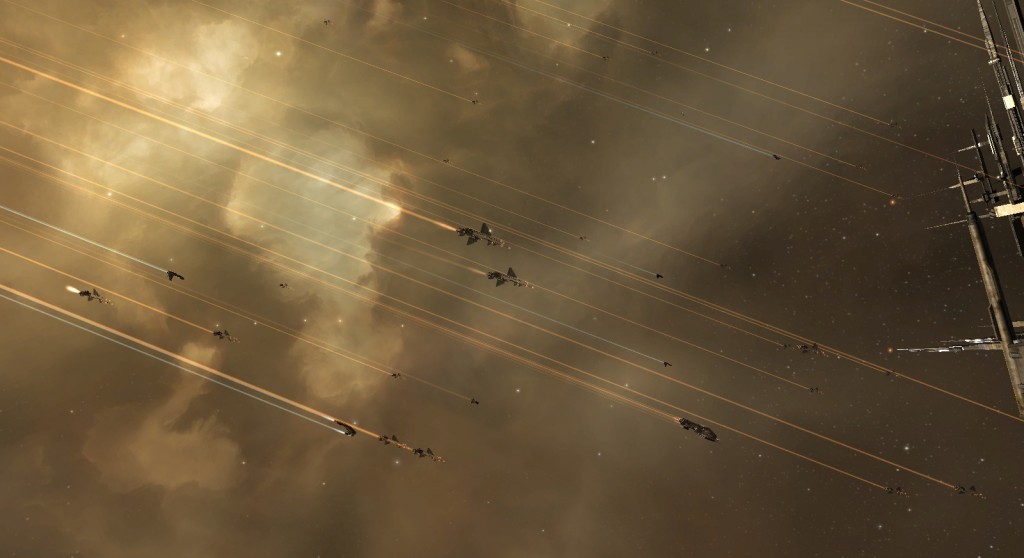 We had just jumped into Providence, un molested as ever, when a scout mentioned a cyno and suddenly Azual began acting funny, so much so that he WARPED US TO IT!  However unlike when I do that, most of the roam survived, and some bad guys died. Obviously, I lost my first hound here as I was so not paying attention.

While I was reshipping, the roam killed a few more duders, including this really expensive pod. I was soooo jelly. Anyway, we bounced around RP space demonstrating the power of the Breacher, killed yet another smartbomb fit battleship – plus his buddies – and generally wrought a path of terror with a hull people just did not expect. However it was not to last, it seems Azual’s earlier channeling of my spirit never really left him.  He found another cyno at another pos, however this time it cost us everything!

However, while some may see this as a low point we had been roaming for several hours, taking names and generally having a ball in our lowly frigate hulls.  Thanks again Azual Skoll!!

Once again, the amazing folks over at Somer.Blink – who by the way are currently celebrating the 200 TRILLION isk mark & will be sponsoring the RvB team in the 10th Alliance Tournament – provided prizes for the roam.