Ganked 34: IN THE NAVY MATE, was originally going to roll down the South and South West, however following the events that have become known as “The Mate War“, I changed that and decided to roll us North. A couple of days after this decision was taken, it turned out that NCDOT and others had been found breaking the terms of an agreement they had with other owners of Technetium moons, who had as a result decided to forcibly expel NCDOT from their space; Consequently my decision to go north felt even more justified, as with Goons & the rest of the CFC dog-piling onto NCDOT, Black Legion & Nulli Secunda then the possibility of orgies of boat violencing destruction was too good to pass up. 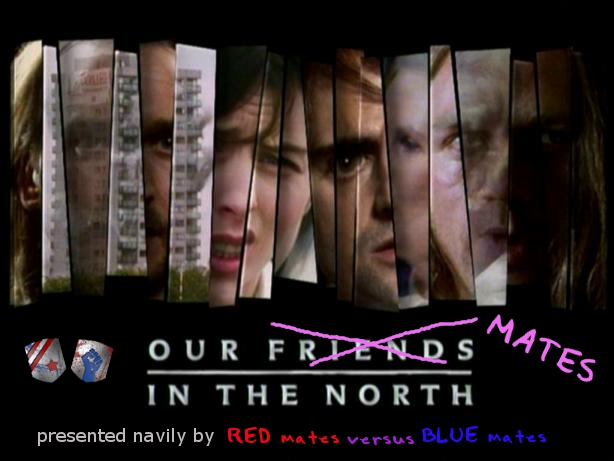 The chosen theme was Navy & Fleet hulls and we got a very very impressive number of them, out of the 190 pilots that left the Reisen area Id say roughly 120 were in hulls ranging from the Caldari Navy Hookbill to the Republic Fleet Firetail to the Stabber Fleet Issue even as far as a Dominix Navy Issue and a Tempest Fleet Issue. Looked very impressive when I zoomed around the fleet, just annoyed I did not take any screenshots.

After a little travel time and no sightings of anyone, we were just jumping into OEY- in Geminate, when word went out that there was a few NCDOT mates behind us, so I ordered the fleet on to our in gate over in 39- and set up. And waited. And waited.  All the while hearing reports of the NCDOT numbers going up, thinking to myself all the time: “So nice of them to come and see us, without making us schlep all the way to Tribute.”

Turns out they had brought ALL the scimitars to keep their Tengu’s alive:

So out of a 80 man fleet (give or take a few, as I cannot recall the exact figure), around 1/3rd were logistics. And apparently they called that a “lol fleet”, weirdest definition of “lol” that I have heard of, how about you guys?

Anyway, eventually they began jumping in and I called their interdictors right away, however after a couple went down it was apparent that even with our superior numbers, we would not break their scimitar reps and so I started having us BURN ALIGN, BURN ALIGN, BURN ALIGN, BURN ALIGN and warping us to the next gate on our route as soon as I thought it was possible.  We suffered some losses this way, but not as many had we stood our ground and fought. After a few jumps of this, I called another BURN ALIGN and warped the fleet – well the parts that had not warped to the obvious out gate already – to another gate in the same cluster as the out gate marked yellow.

And jumped us through.

Then I had the group of pilots with me leg it.

I was not sure what happened to the 60+ guys I left behind while I was doing this, but I know the majority got out and met up in FDZ4-A with very minimal losses.  However the fun part was, the NCDOT fleet realised what I had done and came right after my group and the chase was on, would my 80 guys get away before they tired of the chase or would they do us in and be able to claim victory against a drunk fleet?  As it turned out, I got my group all the way back to empire via Great Wildlands before NCDOT gave up and carried on to wherever it was they went.  We had survived a very merry Benny Hill style chase, just with less maid & nurse outfits.

Eventually my group also ended up back in FDZ4-A, where the other survivors had been camping a gate and also trying to bump a carrier off a station. I soon ended this overt display of boredom and moved us into Vale of the silent, where nothing much happened except a solo NCDOT Tengu & a solo RnK Cynabal, and the small matter of a Charon in space that we had probers rushing from highsec to find but  to our shame they were too late. It logged before they arrived.

Following this little diversion, we moved into Tribute, killed a few more ships belonging to NCDOT (Bad bubblers are bad), and an Intrepid Crossing Viator that did not cloak or warp before Kaeda got a point on it (Yes he fit one for this roam!), the pilot of which offered us ISK:

However he died before we could even discuss negotiating with him amongst ourselves. His pod was juicy.

We wandered around a little, heard of a Black Legion rokh fleet in 0-Y, Wiiggls heroically tried to get us a warp in, but being hammered didnt do it and died for his trouble. Then Lorkin got us one, so we jumped in, landed on them, tried to down something before their reps landed, failed and ran away again losing a few more ships in the process. As we jumped out of 0-Y we found ANOTHER fleet – this time the CFC & PL, a happy few made it past them only to run into NCDOT this time in Abaddons and armour logistics…  Then suddenly we were in EC-P8R and it was the end of the roam, plenty of us survived and got out into high sec space, including Arciteck who had been rolling the whole night in a full HG Slave set!

All in all, a very random night, not many kills, but isk wise better than some other Ganked roams. I know most of the fleet enjoyed themselves especially when we were being chased by NCDOT in their Tengu fleet. but and I mean it this time, SCREW THE NORTH.

I’m taking my ball and not going back there again.

As ever our glorious sponsors at Somer.Blink provided several prizes for this roam: